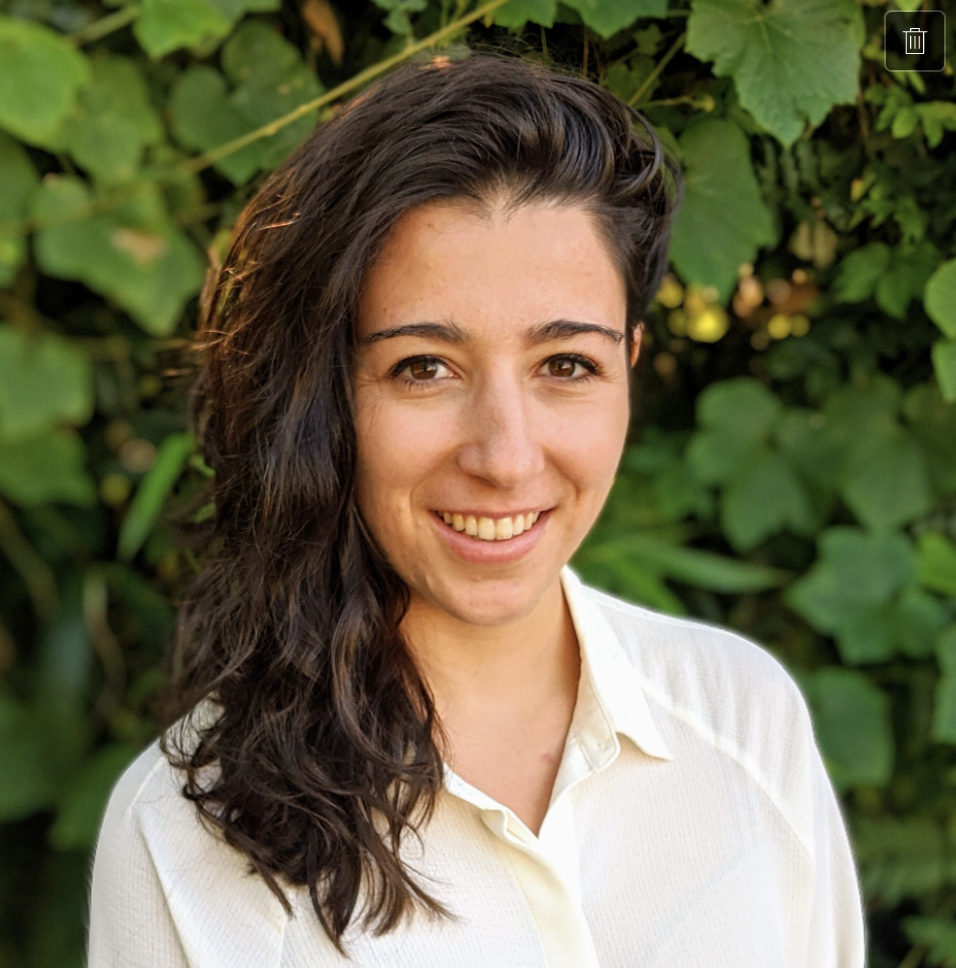 Aug 18, 2021 • min read
Sarah Krasnik is a data consultant by day and data blogger, advisor, and generally curious data person by night. Previously a data engineer at Perpay, she has since transitioned to an advisory board member for Census and Superconductive. 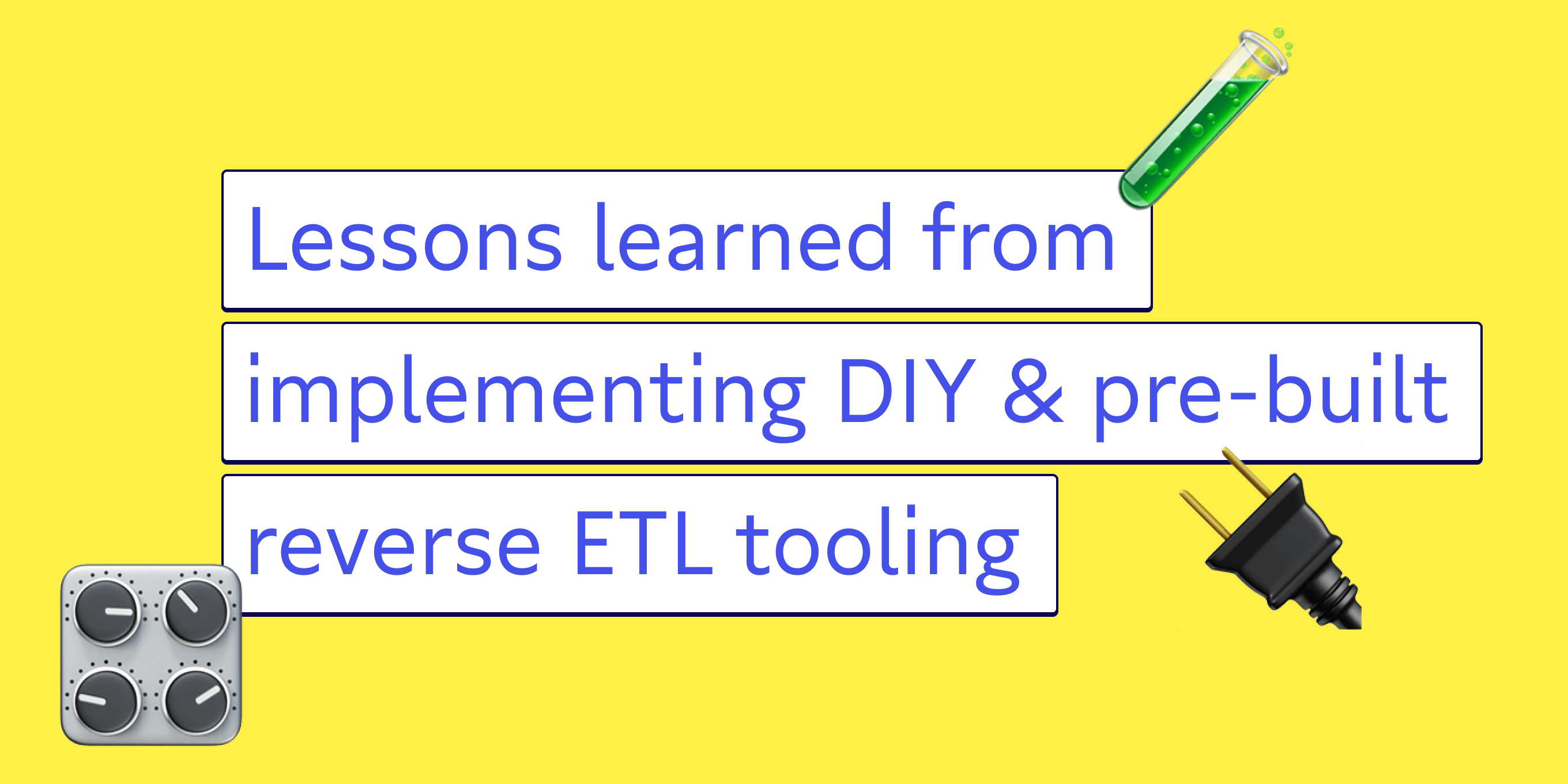 As someone who has built reverse ETL jobs before tooling for this type of work was largely available, I have one important takeaway: When bespoke reverse ETL implementation is done, the ongoing maintenance time will snowball as APIs change, new fields are added, or data grows. In short, while a DIY solution may seem like a great way to move data from A to B, you’ll save some time, sanity, and engineering effort by adopting a pre-built reverse ETL tool to automate an otherwise grueling task.

If you aren’t already familiar, ETL tools retrieve data from third-party sources to populate your data warehouse, while reverse ETL does the exact opposite. Reverse ETL tools like Census sync your data from your warehouse to the platforms used by various business teams.

Implemented in-house, the sync to a single platform includes dozens of hours of data engineering time to understand the unique API integration. And adding more platforms just means dozens of hours more of data engineering time. If it’s the first reverse ETL process you’ve tackled, scheduling and infrastructure capacity for running the sync will need attention for a smooth implementation.

That’s where Census comes in. As a dedicated, pre-built reverse ETL tool, it lets the analytics team focus on the business needs of the sync as opposed to the nitty-gritty technical specs (effectively making operational analytics possible).

Empowering the marketing team to build emails quickly and iteratively was the driver for reverse ETL for my team (and, honestly, I wanted to spend my time as a data engineer doing less reactive work and more exciting stuff like introducing a data lake architecture, something that’s not possible to automate right out of the box). Leveraging a third-party tool enables the organization to send branded and highly personalized communications thanks to the data sent from our warehouse.

With this goal in mind, we decided it was time to explore out-of-the-box reverse ETL tooling like Census. We’re still in our evaluation phase, but I wanted to share some of the lessons we’ve learned in implementing reverse ETL. So, without further ado, here are two things that will make your Census and reverse ETL implementation easier.

Lesson one: Loop in stakeholders early and often.

Consider the data you need to sync from your data warehouse to Salesforce, Facebook Ads, and Intercom. The analytics team serves the rest of the organization by providing personalized experiences to end customers; however, they’re not actually the end-users of the third-party tools.

Sales, marketing, and customer success teams have their own goals attached to the data going into the tools they use day in and day out. As such, these stakeholders are core resources for analytics teams building reverse ETL processes. Make sure that you’re checking in with them so you don’t have to redo instrumentation work later on.

Now, I wanted to get this nugget out of the way early on: It’s not the place for the analytics team to decide what data gets sent. You’re not the ones using the output, so you shouldn’t be the ones deciding the output. Rather, your job is to understand the strategic importance of the data your stakeholders need and find the easiest and most scalable way to send it from A to B.

Instead of data teams dictating the whole data exchange, analytics and the business unit consuming the data should have an open conversation (or many) to define the specs of the reverse ETL process. Oftentimes, these two teams don’t collaborate as closely as needed, which means stakeholders get data they don’t need and analytics teams have to rehash work they already did to adjust outputs (which sucks for everyone involved).

Pro tip: Collaboration isn’t a one-time process. In my case, the analytics and marketing teams had, and currently have, ongoing conversations about new data requirements.

Here are two things the analytics teams did to keep these conversations productive.

When building the dataset, it was particularly helpful for me as the data engineer implementing Census to understand how my business teams would use the data early on. As a data-led eCommerce company, we wanted to start incorporating product information (such as a user’s recently viewed products) in emails.

Although we had a pretty straightforward use case, it wasn’t specific enough to instrument the data flow well. By working with marketing on the exact email template needed, we agreed to format the products as a list of dictionaries (instead of a dictionary of lists, or list of strings, or a number of other options). This ensured the marketing team could use the data right away for the template design vs having to wait for rounds of changes to be made.

Similarly proactive and detailed communication with your business team kept implementation on track and broke down org silos in the process. But we still had to tackle another often-overlooked communication chasm: How often to send data.

Lesson two: Get specific with your SLA definitions.

In the reverse ETL world, data SLAs outline the maximum amount of time the data should lag. For instance, if a new customer signs up on your site, an SLA of six hours means the destination tool promises to have personalized user information within six hours of signup time.

One hour, six hours, or 24 hours? Let’s talk about how this number gets defined.

If you’re like me, the software engineer in you wants to only send the data every 24 hours. After all, updating data once a day requires the least amount of effort. But from your stakeholders’ point of view, that’s not fresh enough. Most likely, they’ll want data to be no more than one hour behind as this guarantees that they won’t have to worry about the staleness of data. While you and your stakeholders can debate these extremes for days, the reality is that both timeframes are “nice to have.”

Instead, data SLAs should be defined by striking a balance between use-case and technical requirements.

Balance is nice, but how is it actually achieved? Here’s how our team approached it.

Evaluate the use case. Just like you did when building the underlying data, understand what workflows the data will power. Will it be used once a week to send a personalized marketing email blast? Your SLA then has a maximum of 24 hours. Will your sales reps use it to follow up with leads within six hours? You’ll probably want an SLA of about four hours (to give your reps a two-hour response window).

Gauge business value. Let’s say the sales reps set a new goal to follow up with leads within an hour, making the four-hour SLA inadequate. If it would take weeks for the analytics team to re-implement upstream processes to update the underlying data once an hour instead of once every four hours, it begs the question: Will following up after one hour really move the needle on business KPIs? That’s a delicate subject (and one I don’t have a quick answer for), but you should closely evaluate it with the stakeholder. If those conversations yield that yes, a faster SLA will positively and noticeably impact KPIs, you can invest the time to re-implement. If not, your analytics team should use their time elsewhere on higher-leverage tasks.

Finding this balance isn’t easy, which is why communication between analytics teams and business teams is key. When deciding on our SLAs, transparency between the limitations of both marketing and analytics teams determined our success. Marketing told us how much the time of day impacted performance, and in exchange, my team communicated the capacity constraints we would hit if we spent our time refactoring queries to hit lower SLAs. At the end of the day, everyone’s on the same team and we’re united behind one goal: Enhancing the experience of our organization’s end-users.

Integrating Census and reverse ETL capabilities more broadly into your business should remove manual data uploads entirely. To do this successfully, you’ll need to communicate early and often with stakeholders and clearly define sync behavior with those team members along the way.

After all, the reduction of manual processes should make your -- and your stakeholders’ -- lives easier. Keeping communication channels open during, before, and after reverse ETL implementation will ensure you get the most out of Census and quickly move off your bespoke reverse ETL tools.

Have questions about my reverse ETL experience? I’m happy to chat on Twitter or LinkedIn. Or, if you’re looking to dive into Census, sign up for a demo.