Stars, tables, and activities: How do we model the real world? 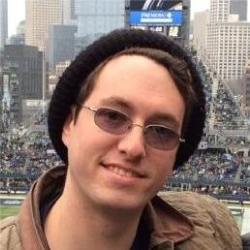 Stephen Ebrey
Stephen Ebrey and
Nov 15, 2022
Stephen is the founder of Sawtelle Analytics, but he has worked in operations, product management, and data across gaming, advertising, and eCommerce companies. He loves trying out new products and being part of growing startups, and recently moved from a full-time job at Omaze to data consulting. 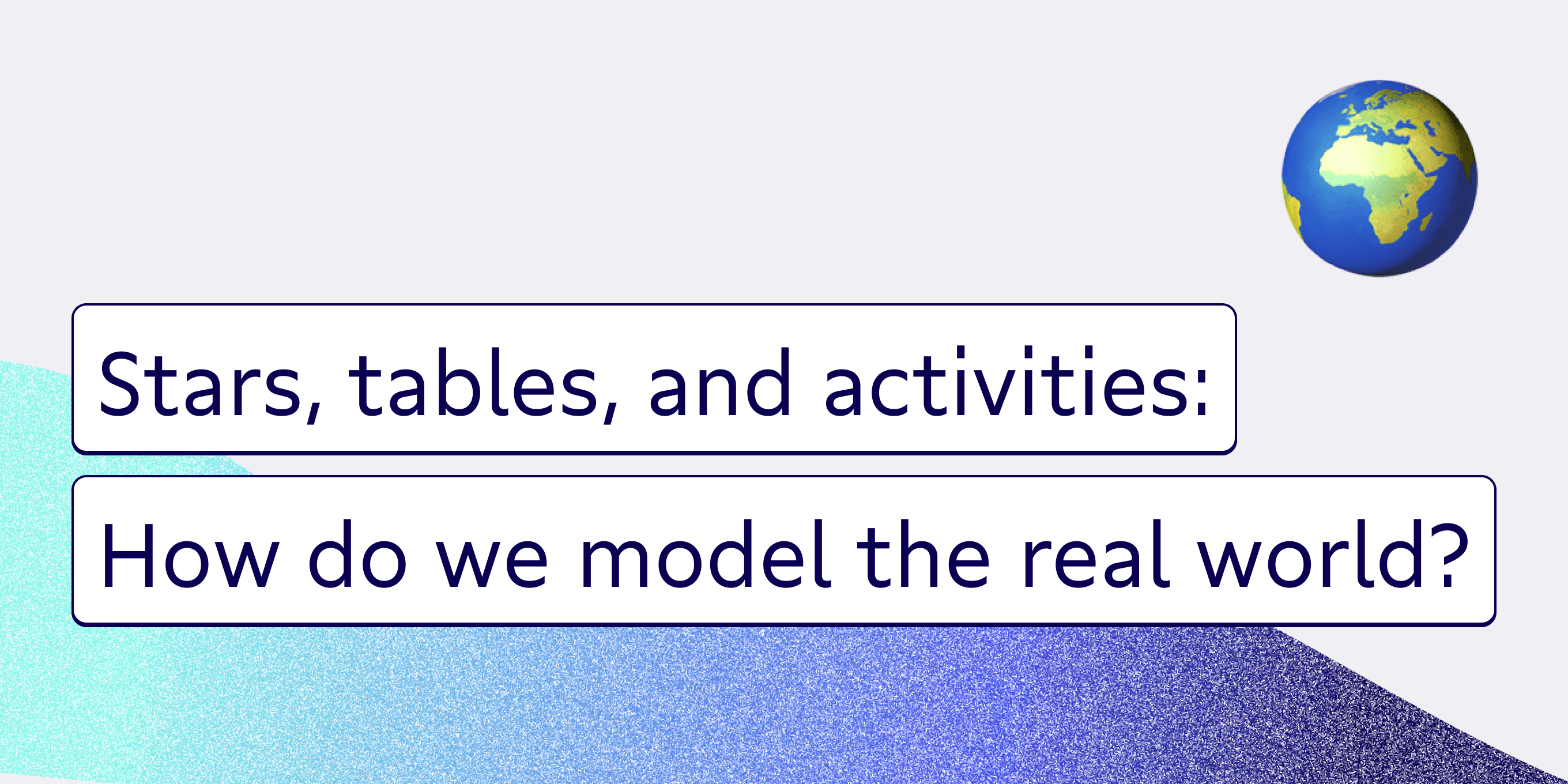 In fact, it’s so ingrained in the data industry that nearly every data conference has a talk arguing for or against its continued relevance – or suggesting a new alternative altogether.

You can tell what’s a fact and what’s a dimension by explaining your report with the word ‘by.’

‎‎The idea here is simple: It wouldn't make sense to include the email, location, or lifetime value (LTV) of the customer on the order. Why? Those things change, and you don’t want to be updating year-old orders when your orders table has millions of rows.

The Case For Kimball

The basic organization – orders, customers, and products being separate tables – makes sense to most people. It’s easy to join the tables together and to know what to put in which table.

Even if you want to make Wide Tables, combining fact and dimensions is often the easiest way to create them, so why not make them available? Looker, for example, is well suited to dimensional models because it takes care of the joins that can make Kimball warehouses hard to navigate for business users.

But one of the main advantages of Kimball is that it provides a blueprint. 📘 I’ve worked with companies that aren’t modeling their data from ELT tools at all, and fact and dimension tables are a great model for a data warehouse.

The Case Against Kimball

Every modern talk about Kimball – even the ones that are generally positive – has a long list of things about Kimball that are no longer relevant to modern cloud data warehouses.

Some of the more extreme Kimball practices (like creating a city dimension and referring to it as city ID 123 instead of the actual city name) only made sense when analytical databases were row-based and did not store repeated names efficiently.

Plus, a huge portion of his book talks about storage costs, which are practically free nowadays. This, then, raises the question of whether dimensional modeling is an artifact of a constrained time, like how QWERTY keyboards were created to slow down typing on antiquated keyboards.

Generally, the arguments against Kimball fall into 2 main buckets:

Everyone has their own incentives

Tools that work well with Kimball models will suggest that you use Kimball models, while ones that do well with Wide Tables or Activity Schemas will push for those. As Aram Panasenco on dbt slack said:

While Narrator is a cool tool — and there’s nothing wrong with implementing a schema that works well with it — you should know whether you’re implementing something for best practices or for a tool. 🧰 I’d personally love to see more discussion of giant fact tables combining all your important events (not limited to just 3 columns) that play well in a particular tool. It’s a fascinating idea!

With modern data modeling tools like dbt, it’s very easy to create fact and dimension tables, then spin up Wide Tables as needed. Maybe your CX team wants to see Orders by Customer in Metabase, or your marketing team wants to sync Orders by Product to Salesforce with Census. Either way, it takes very little time to create views for these use cases.

You can also create a view that turns your fact tables into a strict Activity Schema if you want to try out Narrator. Then, if you later implement Looker, you can join the fact and dimension tables directly in your Explores. Kimball modeling as the core (but not the extent) of a modern data warehouse is hard to beat in flexibility and ease of use!

👉 Want to start sending data to all your go-to-market tools to make it actionable for your teams? Book a demo with a Census product specialist. 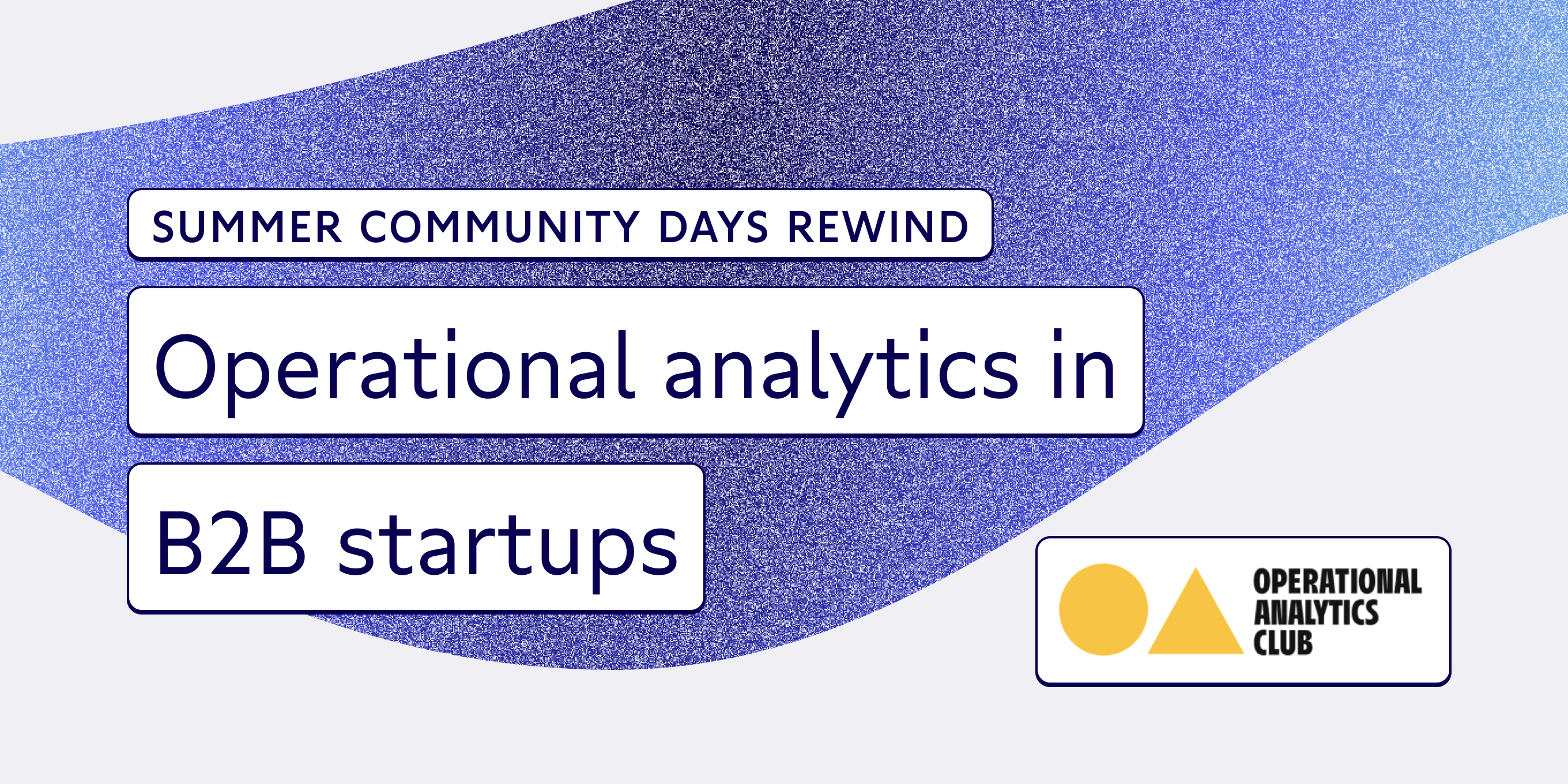 Operational analytics empowers organizations, but there are trade-offs between the amount of data you have & its value. Check out this SCD session recap featuring SpatialChat's journey to OA. 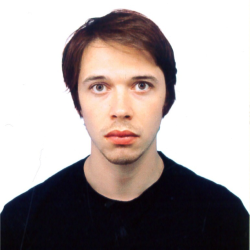 Danny Chepenko
Danny Chepenko and
Nov 14, 2022
Related integrations
No items found.
Get the best data & ops content (not just our post!) delivered straight to your inbox